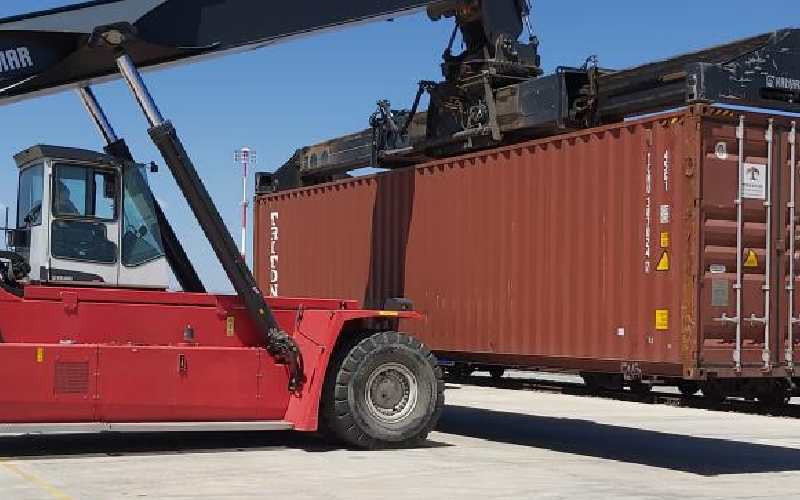 What future for the Naivasha depot as services change?

The decision to restore clearing and shipping services to the port of Mombasa from Naivasha has left multi-billion shilling investments on the brink of closure.

At stake is the Mai Mahiu Industrial Park where dozens of investors have shown interest.

Dozens of traders had also expressed interest in the Inland Container Depot (ICD) and invested in the land off the Mai Mahiu-Narok road for various services in the dry port.

The inner port spans over 1,000 acres of land and was expected to load two million tons of cargo each year. Most of the cargo was destined for Rwanda, South Sudan, Uganda, Ethiopia, Burundi and the Democratic Republic of Congo.

The port was intended to alleviate congestion at the ports of Nairobi ICD and Mombasa.

During the swearing-in of President William Ruto on Tuesday, he ordered the transfer of services to Mombasa to the anger of the residents of Naivasha and the joy of their counterparts in the coastal city.

During the campaigns, Ruto promised to within 100 days move the services to Mombasa, noting that the ICD in Mai Mahiu was located on private land.

Naivasha MP Jane Kihara defended the decision noting that the issue of port services and that of the industrial park were different and should be dealt with separately.

She castigated the old regime, noting that local leaders were not involved in the operations of the dry port which had continued to attract more heat than light.

“The president has made it clear that there will be an industrial park in Mai Mahiu which will create more jobs and the decision to move customs clearance and shipping to Mombasa is timely,” she said. .

Judyleah Waihenya, the outgoing chief land officer in Nakuru, said the president’s directive would have a major impact on the planned industrial park in the area.

She said the county had received 50 acres of land from the national government next to the ICD, with the master plan for the multi-billion Special Economic Zone (SEZ) ready.

“Our plan targeted operations around the ICD which included the construction of hotels, banks, gas stations, among others, but the concept will now have to change,” she said.

Waihenya said more than 80 investors had expressed interest in the economic zone, adding that the concept should change as the new government was keen on the park and not the ICD.

He said the association and traders were looking to meet Nakuru Governor Susan Kihika next week to raise their concerns.

“We will hand a petition to the Governor to pass on to the President as we believe the decision to relocate customs clearance and shipping services to Mombasa will kill business in Mai Mahiu,” he said.

Mukhuusi added that billions of taxpayers’ money had been poured into the area, wondering what would happen to the current facilities.

“Government used billions to build the ICD and upgrade the meter gauge railway line to Malaba for smooth transportation of goods but now it is a waste,” he said.

This was echoed by youth leader Charles Mburu who noted that billions of shillings invested in real estate around Mai Mahiu would be wasted.

2022-09-15
Previous Post: Michigan spent $2.5 million to be a rocket hub. Critics say it only produced hype
Next Post: 10 Things Only Marvel Comics Fans Know About The Wrecking Crew