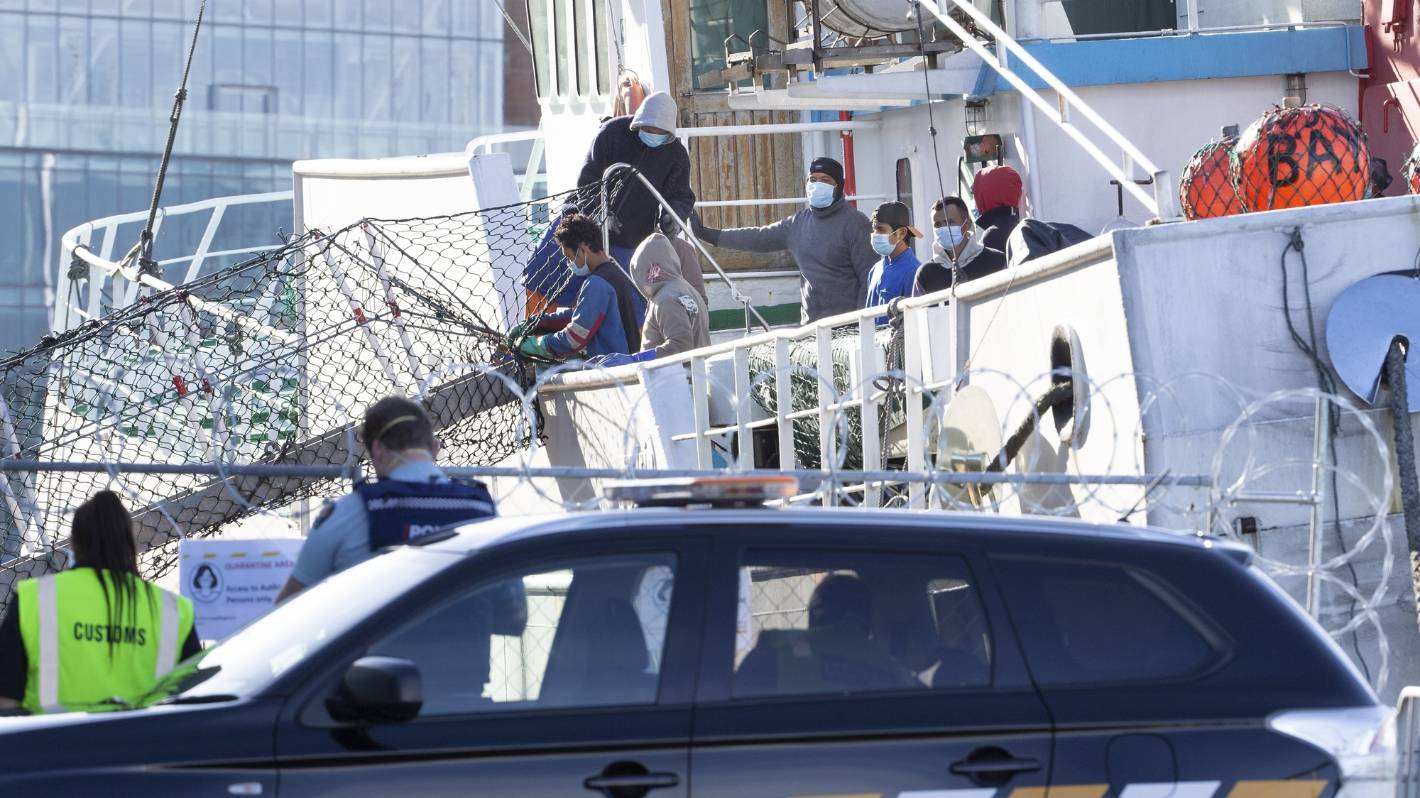 More than $ 60,000 owed by the Spanish fishing boat, whose crew had to complete the MIQ at the Wellington Hotel, has been paid.

Viking Bay owed the New Zealand government $ 62,000 in costs associated with quarantining 18 of the ship’s 20 crew members, 15 of whom were infected with Covid-19.

The Ministry of Enterprise, Innovation and Employment billed Copemar – the agency that owns the ship – on August 13. Payment was due on November 11 and was paid on November 12.

At the start of the pandemic, it was reported that fishing crews in New Zealand did not have to pay their quarantine fees. The government then decided that businesses would be responsible for the partial costs of MIQ, with taxpayers covering the difference.

The hefty bill comes after Viking Bay arrived in Wellington Harbor on July 12, with two confirmed cases of Covid-19 on board.

The crew members who had tested positive had been collected in Taranaki, after leaving a quarantine facility.

After it was decided to return the ship to New Zealand, rather than risk a humanitarian crisis and multiple medical evacuations in international waters, the ship docked under strict security at Wellington’s Queens Wharf.

The crew of the fishing vessel Viking Bay were cleared to leave Wellington. (First published August 2021)

The ship has been ordered to fly the yellow flag of international quarantine and all 20 sailors on board have been tested for the virus.

Tests revealed that 13 more had been infected – many for the more infectious Delta variant.

All but five of the crew members (including two close contacts) were transferred to the Grand Mercure Hotel in Wellington to complete their managed isolation quarantine. Those who remained on the ship were responsible for its maintenance, during its three-week stay in the capital.

The documents and emails received under the Official Information Act testify to strict operations, which juggled public health, security, maritime and immigration issues.

In an internal email, a Navy commander working with MBIE on the response described it as “a long and trying time for everyone involved.”

When the ship arrived in Wellington it had to be piloted into the harbor by a local harbor master.

The ground operation included expected public health measures, including testing, and full PPE for anyone boarding the ship or coming into contact with the crew.

The documents also showed strict safety protocols, accompanied by contingency plans in the event unauthorized persons attempted to get on or off the ship.

The safety plan meant that the 44-meter Viking Bay was the only ship to dock for the duration of her stay. Other security measures included a perimeter fence and a razor wire fence, with an outside cord, to prevent public access.

Those responsible for keeping the ship on the ground had to keep their eyes on the ship at all times, which meant staggered toilet breaks.

In an effort “to avoid public nervousness and apprehension”, the team were ordered not to use the public toilets in Queens Wharf, nor to enter nearby establishments wearing their uniform.

Those working on the operation were asked not to comment publicly or to the media on the Viking Bay and its crew.

Details of the Viking Bay ground operation come after other OIA documents revealed New Zealand health officials feared crewmembers could die, and a humanitarian crisis was brewing. was taking place on offshore fishing vessels with Covid-19 on board.

Following the infection of the Viking Bay crew and a similar incident with the crew of the Playa Zahara, the Prime Minister sought legal advice to see if she could prevent foreign fishing vessels from changing d crew in New Zealand.

The agency responsible for the Playa Zahara was also billed for the crew’s MIQ stay, with the bill amounting to $ 70,000.