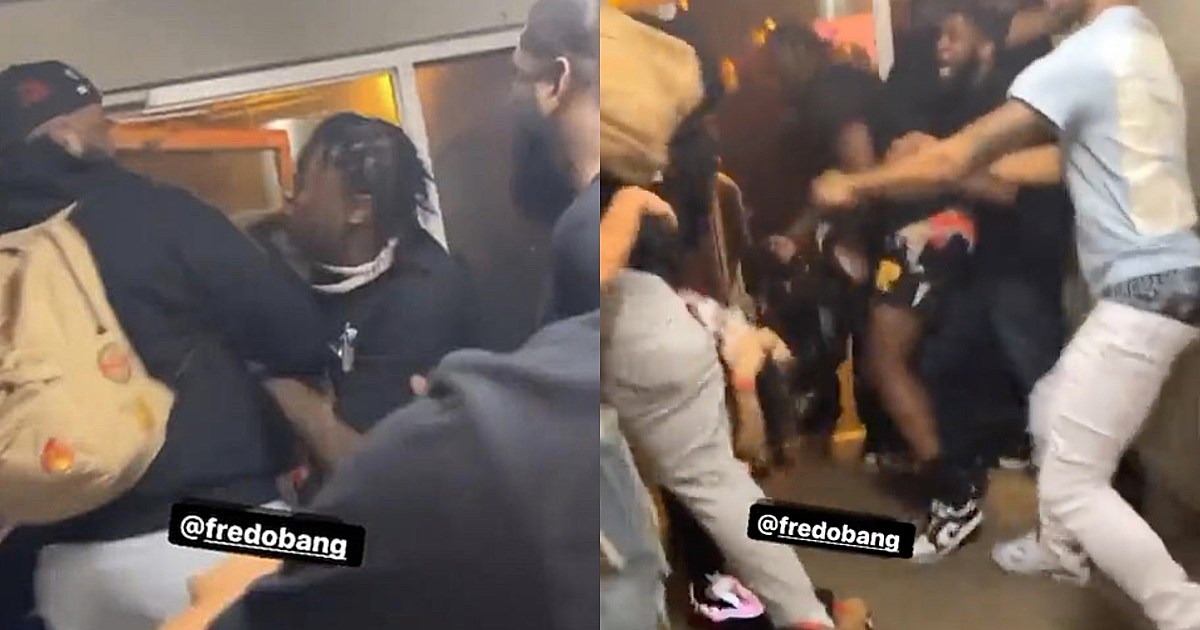 Looks like Fredo Bang had to deal with an overzealous fan in real life. A video has surfaced showing Fredo and his security team battling a man who allegedly shouted “NBA” and “4KT” at him during his club performance.

On Sunday September 4, Instagram user @yahfavgall posted a video of herself and her friends partying at The Mansion Cabaret club in Fayetteville, North Carolina on Saturday September 3, where Fredo Bang was due to be produce.

In the clip, it appears the Baton Rouge, Louisiana rapper was leaving the room when he and his crew attacked the unknown. As security punched the man, Fredo appeared to punch the person once during the scrimmage. The alleged victim managed to escape without being punched further.

It was also discovered in a separate IG video that the unidentified person was allegedly a YoungBoy Never Broke Again fan who trolled Fredo by shouting “4KT” and “BBG for life” during the rapper’s performance. For YB fans, 4KT stands for 4K Trey Gang and the name of his 2022 song “4KT Baby”. As for “BBG”, he represents the Bottom Boy Gorilla gang of Baton Rouge, Louisiana.

It is not known if Fredo heard the man while he was playing.

In a bizarre twist, the alleged victim took to Instagram and posted video of the altercation and offered her play-by-play commentary. The man captioned the video, “You can see Fredo was scared to jump on a swing that sweet ass puch lmfaoo Watch ’em how you jump me like that then run wtf.”

It’s not uncommon for rappers to get trolled by fans, but this situation seems to have gone too far.