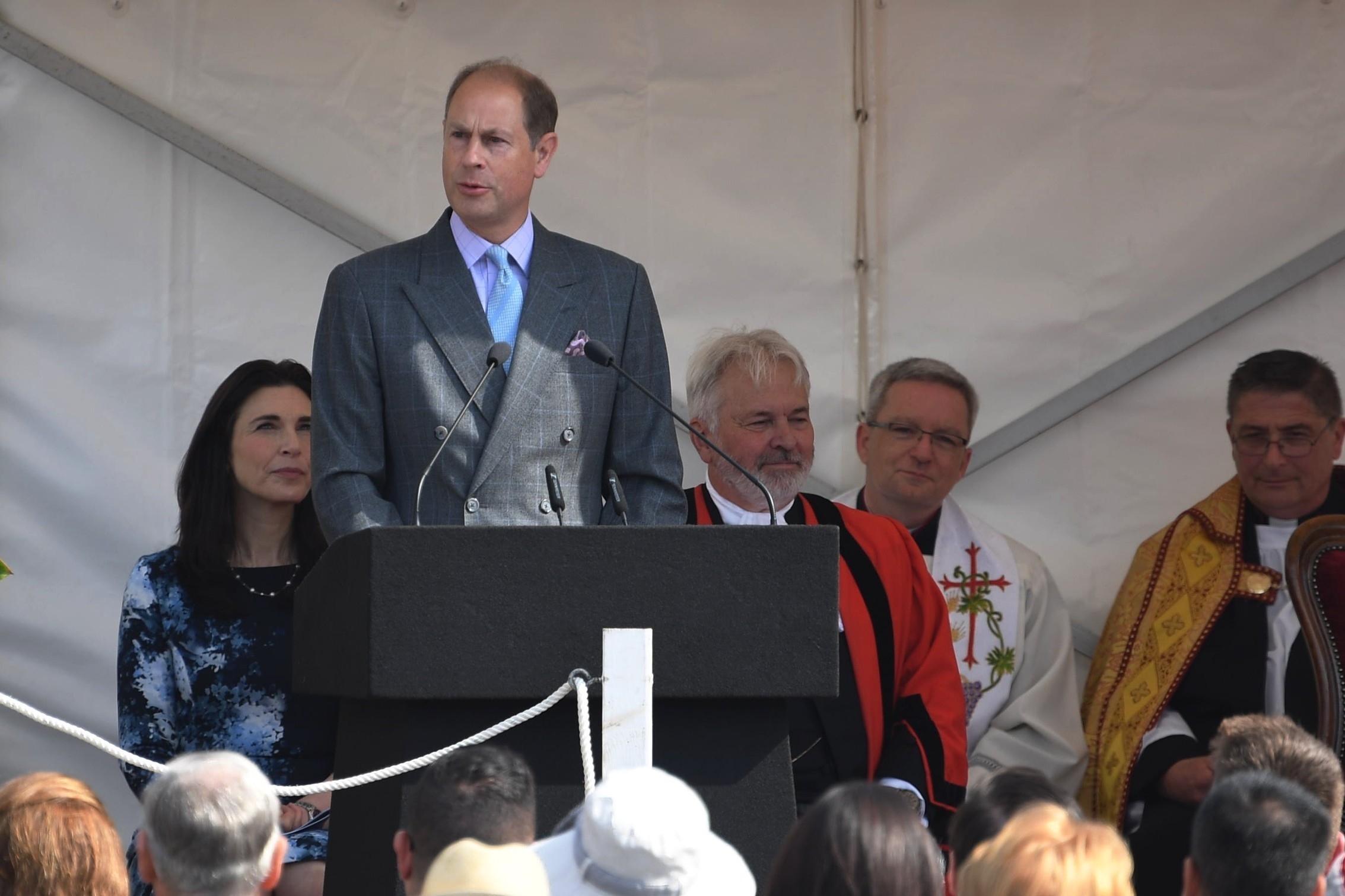 THOUSANDS of Islanders welcomed the Earl and Countess of Wessex on Liberation Day to mark the 77th birthday celebrations.

Prince Edward and his wife, Sophie, arrived as part of a convoy of classic cars and addressed the islanders on behalf of Her Majesty The Queen at the public event in the square of the Liberation.

The Countess last visited Jersey for the Liberation 70 celebrations in 2015.

The couple received a standing ovation from the crowd, who cheered and cheered as they arrived and left.

After addressing the audience, they chatted with members of the public, young and old, before heading to the balcony of the Pomme d’Or Hotel where they were again greeted to cheers.

In his address to the crowd, Prince Edward, on behalf of the Queen, said: ‘On the 77th anniversary of your liberation from occupation, I send you my warmest regards. As you remember the hardships and hardships the people of Jersey endured during the occupation in World War II, we remember the courage and sacrifice of those who remained; those who were deported or evacuated from the island; and those who have served in the armed forces.

“Today, as you gather to give thanks for the liberation of the island, I am delighted that the Earl and Countess of Wessex have had the opportunity to travel to Jersey to represent me on this special occasion. I remember my own visits with fondness and pleasure, and you always gave me such a warm welcome. In my Platinum Jubilee year, I continue to cherish our close and enduring bonds, built on the loyalty that the people of Jersey have shown.

“My thoughts and prayers remain with my most loyal members of the States and the people of Jersey for your continued happiness and prosperity.”

Islander Katie Ridgeway, who was watching the event, said the royal visit “adds to the profile of the celebrations”.

“We take part in the celebrations every year and I think they’ve done a really good job, especially since it’s the first time we’ve been able to celebrate in public for a few years,” she said. “The commentary and the directing were superb,” ​​she added.

Peter Ridgeway added: “With everything going on elsewhere in the world, with the conflict in Ukraine, it only adds to the significance of this year’s celebrations.”

Véronique Langlois said she was delighted that the sun was shining for the annual celebration. Ms Langlois added that she always celebrated Liberation Day because her parents lived in Jersey and had raised three of her siblings during the Occupation.

“It was amazing to see so many people here today and I think the best part of the event was the re-enactment,” she said.