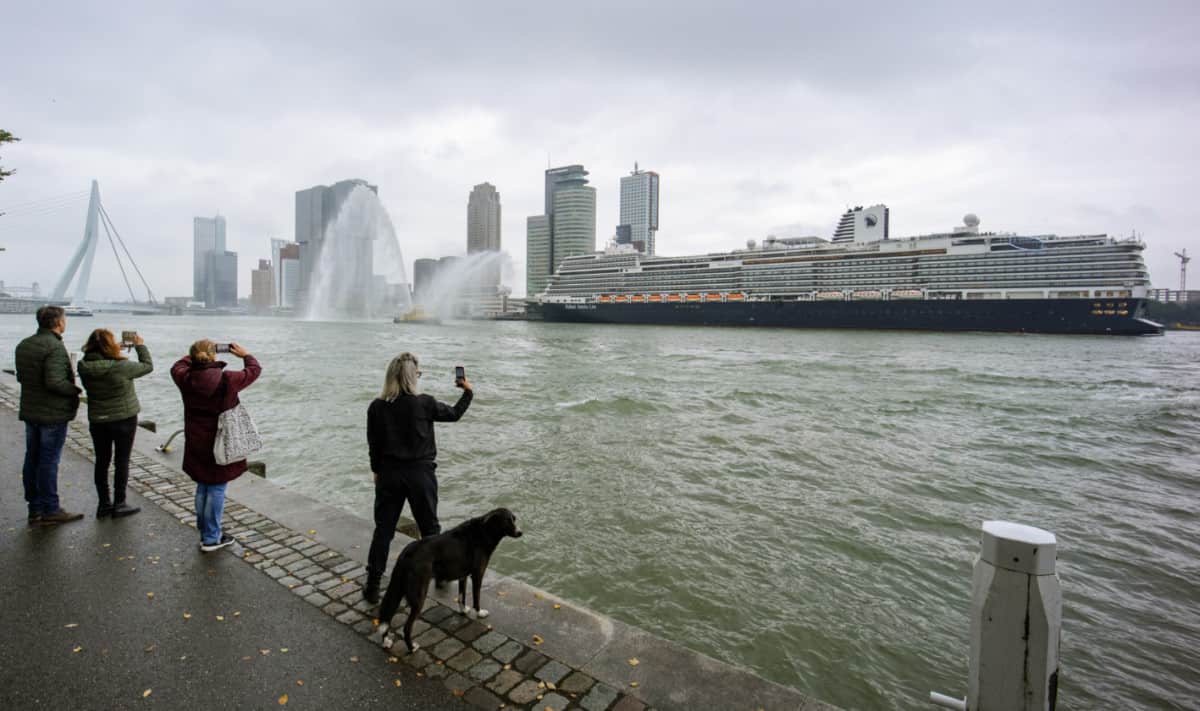 Holland America Line has appointed Her Royal Highness Princess Margriet of the Netherlands as the godmother of the company’s newest cruise ship, Rotterdam.

Over the years, the Dutch Royal Family have been of vital importance to the Seattle, Washington-based cruise line. In total, the Royals were involved in the launch of 13 Holland America Line cruise ships.

For Princess Margriet, this will be the fifth time she has participated in the nomination of a cruise ship for the cruise line.

Departure on October 20 from Amsterdam

Rotterdam’s maiden voyage will depart on October 20 from the cruise ship terminal in central Amsterdam on a transatlantic voyage to Port Everglades in Fort Lauderdale.

The Atlantic Sojourn will revisit the history of WWII with a French historian; en route, the ship will call at Zeebrugge, Belgium, Le Havre, France, Weymouth, United Kingdom, and Ponta Delgada in the Azores.

It will spend its inaugural season from November to April in the Caribbean, during which the ship will visit every corner of the region.

From spring 2022, the ship will reposition itself in Western Europe. She will make a route to Norway, the Baltic, the British Isles and Iceland from Amsterdam.

“We are deeply grateful to Her Royal Highness Princess Margriet to act again as godmother of a Holland America Line ship, carrying on a long tradition with the Royal Family which continues to honor our Dutch roots”, said Gus Antorcha, president of Holland America Line.“Rotterdam will be named Rotterdam next year, celebrating its namesake city and our historic connection to the Netherlands. We look forward to commemorating the occasion when it all began for Holland America Line.”

Of SS Rotterdam To New Rotterdam

Holland America’s newest cruise ship and the 7th incarnation of the name will depart on October 20 from the Dutch capital Amsterdam.

The first one Rotterdam, built in 1873, was the very first ship of what would become the Holland-Amerika Lijn, later changed to Holland America Line. The fifth SS Rotterdam, which sailed for Holland America until 1997, has been converted into a hotel in Rotterdam.

The last Rotterdam sailed for the cruise line until last year when she was sold to Fred Olsen Cruise Line and renamed MS Borealis.

Holland America Line’s newest ship was built in the Fincantieri Marghera (Venice) shipyard in Italy and completed his sea trials on the evening of May 6, marking the final phase of its construction. She was finally handed over to Holland America Line on July 30, 2021. The new vessel has a capacity of 2,668 passengers, 99,500 gross tons and a length of 297 meters.