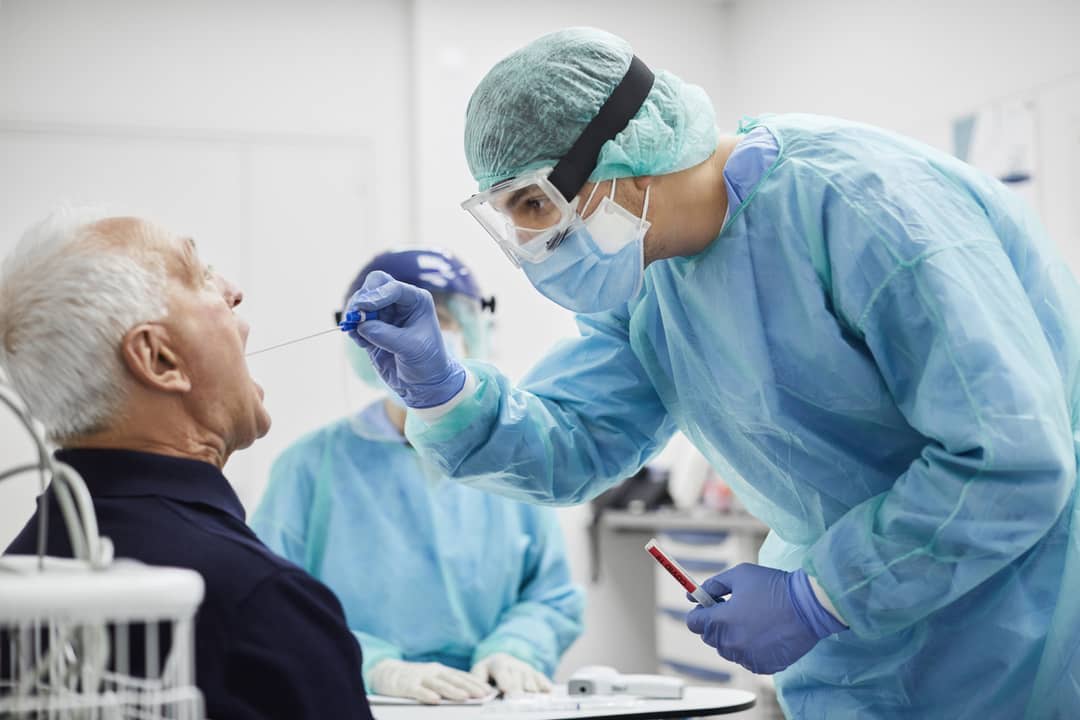 I found myself thinking of millions of cotton swabs when I recently saw a report that the Chinese central government has asked local authorities to further lower the price of Covid-19 nucleic acid testing to no more than 16 RMB (2.4 USD) per person for a single test.

That seems a reasonable price – given that nucleic acid tests can cost 100 to 120 euros in some countries in Europe – but that becomes an impressive tally when you consider the gigantic number of people covered.

If one were to test China’s entire population of 1.4 billion in one go, at this price per test, we’re talking about US$3.5 billion in testing.

There are also of course batch tests, which combine samples from up to 10 people into a single test, which can be reduced to around 5 RMB per person, but consider only individual tests for argument.

Just consider the number of rounds of mass testing that have been done nationwide, multiple times since 2020.

We are after all talking about one of the most tested populations in the world, with the new standard requiring a positive test, sometimes only valid for 48 hours, for almost everything from a train to entering a wet market.

The Chinese nose – and throat – is probably the cleanest in the world, the incessant rubbing with marker tips ensuring the nostrils are sparkling clean.

Even on the scale of Macau, this is a considerable sum of money, expenses that have sometimes been covered by health authorities – in cases of compulsory mass testing – but often to be citizens as a condition for attend events or cross the border.

Tests in Macau regularly cost MOP 70 (US$8.6) but can go up to MOP 500 for those who need an urgent result in around six hours, possibly for an international flight.

So, who benefits from this sampling frenzy?

At the beginning, most of the tests were ordered from Kuok Kim (Macau) Hygiene Examination Company is a health care service subsidiary directly under China Certification & Inspection Group Macau Co. Ltd, a health care institution approved by the Business Bureau of Hong Kong and Macau and directly managed by the Chinese National Certification Accreditation Administration.

The China Certification & Inspection Group (CCIC) describes itself as the largest inspection and certification body in China, with around 300 offices, 200 cooperative laboratories and more than 16,000 employees.

Initial testing was at one time free to residents, then set at MOP180, reduced to MOP120, and further reduced to MOP70 after negotiations with the company and as more private entities joined the game.

Private Kiang Wu Hospital and Macao University of Science and Technology Hospital have also started providing nucleic acid testing services, even local resorts setting up testing stations on their premises, allowing players to ensure they have the highest personal green health code. destroy the health of their personal finances.

The free market is what it is, and the pandemic has generated a whole new front of markets for essential medical supplies, from vaccines to health masks, and someone would of course benefit, but when something becomes this ubiquitous and necessary than nucleic acid testing in this corner of the world, it is important to know where all this collected money is going, even if it is heavily subsidized by the authorities.

NAT tests are fortunately much cheaper here than in most parts of the world, but they are rarely in demand with the frequency with which they are found here as well.

Residents who live across the border have already lost count of the number of tests taken over the past three years to visit family, attend school or work, with test validity sometimes as low as 12 hours .

Even those who enter the city and are forced to complete the still arduous 14-day quarantine now have to pay for the multiple tests while staying at the observation hotel out of their own pockets.

Perhaps, as we used to talk about the oil tycoon and dotcom dynasties, in the future we will discuss the acid test tycoons who rose after the new coronavirus or the empire that the swabs have built.

2022-05-29
Previous Post: Kendal’s Hackney & Leigh Estate Agents Win 2022 Business Services Award
Next Post: The Royal Hotel in Whitby is officially the busiest of the bunch with over a million nights booked