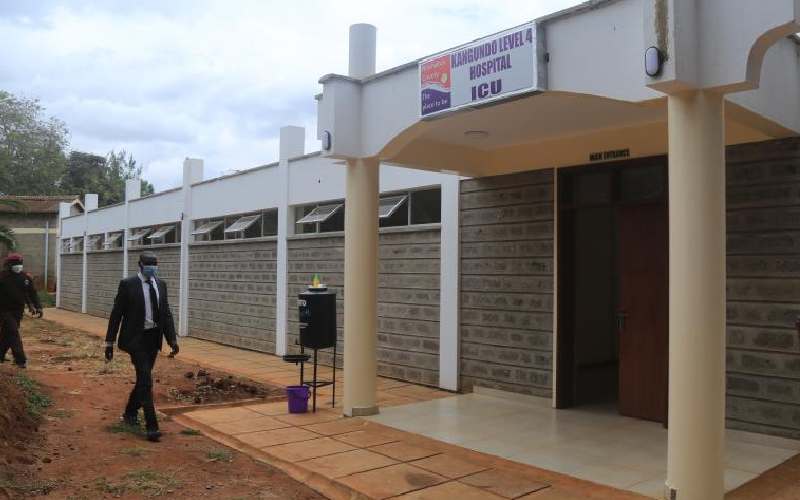 Public hospitals will be classified again to improve their efficiency and the quality of services offered, the government said.

Dr Kioko said hospitals will be rated the same as hotels, from one to five stars.

Some hospitals are expected to be raised while others will be downgraded as the new ranking takes off, Kioko said.

Kioko spoke in Mombasa on Thursday at the 8th Annual Funeral Conference organized by the Kenya Funeral Services Association (FUSAK) in conjunction with the African Federation of Funeral Services (AFFS) on the theme of the event of two days being infection control in funeral services. .

The latest ranking is the only way to introduce competition and improve the quality of health services offered, Kioko said.

“There will be a thorough inspection of the levels of care, infrastructure, personnel and types of services rendered in hospitals which are currently level 1, level 2, level 3,4 or 5,” he said. .

Currently, there are six levels of health facilities in Kenya. The first five are managed at the county level while the level six hospitals are managed by the national government.

Patients can move from one hospital from one level to another by referral.

Kioko said the ranking will also seek to introduce equality in the delivery of health services.

At the same time, Kioko announced nationwide data collection on different categories of health service providers as the government seeks to streamline services.

Dr Kioko said an earlier study found that there are 42 different categories of health workers in the country. Of these, only nine have regulatory bodies governing their operations. The rest is unregulated.

“All of these cadets are making a huge contribution to the provision of health care in the country and beyond and need some form of regulation. Today’s meeting is critical as we have started to engage directly with them. members of FUSAK, ”he said.

He said that KHPOA has identified FUSAK as one of the essential service providers in the healthcare sector and will work closely with him to ensure better service delivery while ensuring the safety of the morgue attendants.

“We all know the vital role your association members play from the death of a member of society until they prepare for a decent departure. You remain an integral part of the entire healthcare offering. in facing death, ”he said.

“We have not been spared in the funeral industry either. There have been complaints about bodies embalmed and taken abroad not being well preserved. given a bad reputation, ”Olack said.

Workshop delegates from Kenya, Botswana, United States, South Africa and Uganda took leave to remember colleagues who died in the line of duty due to Covid-19 by lighting candles to commemorate their service to humanity.

The main guest of the event is Dr. Edith Churchman, director of funeral directors and international ambassador for funeral homes.