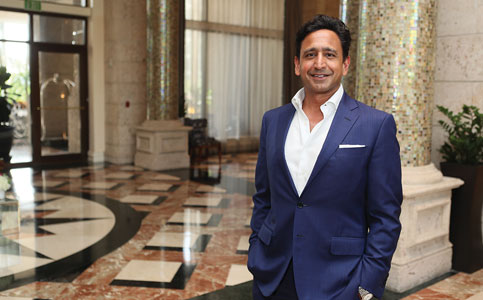 Written by Jesse Scheckner on September 18, 2018

Mr. Shah, who took over the family business in 2006 with his brother, CEO Jay Shah, has been leading the acquisitions, development and asset management of the company since 2000, founded in 1984 by his parents, Hasu and Hersha. Shah.

The company’s total assets now stand at $ 2.6 billion, well beyond where it started with his parents’ purchase of the 24-room Red Rose Motel in countryside Pennsylvania.

â€œWe learned hospitality together, [how] clean, take care of the reception [and] saw our parents learn the trade while working, â€he said. “Slowly, from one property to a second and a third, they grew the business until the mid-1990s.”

Mr. Shah, then recently graduated from Harvard Business School, saw the world in the midst of a technological boom. He decided now was the perfect time to join the company and expand its presence, including in South Florida.

â€œWhen the world gets bigger and has the income to have a higher standard of living, the first thing that comes is vacations,â€ he said. “Some of the first [places] that come to mind in the world are New York, Disney World and, of course, Miami.

â€œWe work in partnership with two important stakeholders: Brookfield [Properties Retail Group] and General Growth Properties, the owners of Merrick Park and the Town of Coral Gables, â€he said. “I think we will be in the ground by the end of the year and we will open in late 2020 / early 2021.”

Mr. Shah met Miami Today reporter Jesse Scheckner at the Ritz-Carlton. The interview, recorded by Jahmoukie Dayle, can be found on Friday on http://bit.ly/2uNHy0Q.

To read the full article and the rest of the Miami Today issue, subscribe to e-MIAMI TODAY, an exact replica of the printed edition.