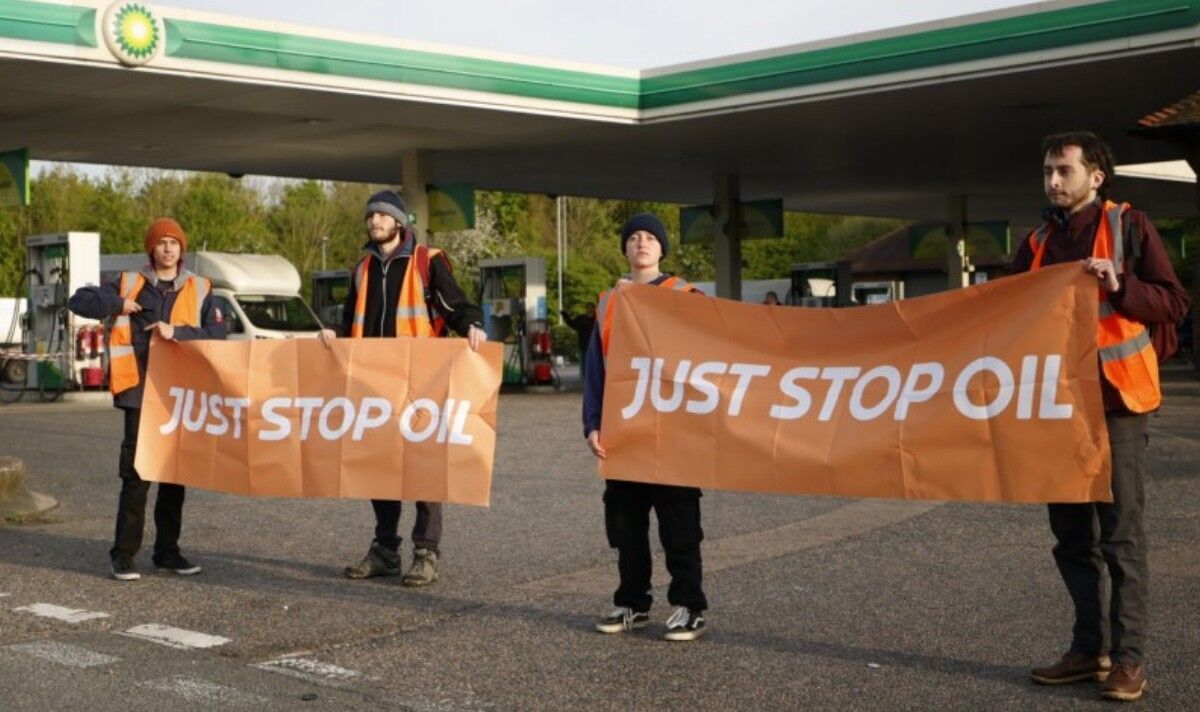 The group, which is an offshoot of environmental campaign organization Extinction Rebellion, obstructed the entrances and exits to Cobham Services on the M25 on Thursday morning. Footage from the site shows police present at the scene.

Other participants sprayed orange paint on fuel pumps, while some attacked parts of the pump counters at services between Junction 5 and Junction 6 of the M25.

About 35 people showed up to demonstrate in the two counties on Thursday, SurreyLive reports.

A 22-year-old student, Nathan, said it was up to “ordinary people” to act if “politicians and bureaucrats” did not.

He said: “The world’s most vulnerable are now dying of a fossil fuel fueled nightmare, while our government proposes to drill for more oil and gas.

“I refuse to sit idly by and watch heat waves and drought kill people in the South and families in the UK are forced to choose between eating and heating.

“If politicians and bureaucrats refuse to act, it’s up to ordinary people to do what they don’t want.”

Another protester, Stephanie, 33, from Essex, referenced the rising cost of energy and living as part of her justification for blocking the forecourt.

READ MORE: Chaos in Benidorm as rude argument breaks out on bus to hotel

Earlier this week a number of Just Stop Oil protesters were arrested by police for breaching an injunction.

Activists blocked access to the Kingsbury Oil Terminal in Tamworth, Staffordshire at around 7.30am on Tuesday.

Warwickshire Police said 16 people were arrested after the injunction gave the force “increased powers to prevent and disrupt any unlawful activity”.

Deputy Chief Constable Dave Gardner said the police’s priority was to “minimize any disruption” to the local community and terminal operations.

He said: ‘A number of arrests have been made this morning and our priority remains to minimize any disruption to the community and local road networks, whilst ensuring the terminal can continue with day-to-day operational activity.

The group calls for a halt to new investment projects in oil and gas.

More than 200 activists were arrested earlier this month as protesters blocked access to several oil terminals across the country.

Pipeline giant ExxonMobil UK said on April 1 that it had temporarily closed four of its sites following the protests at the terminals.