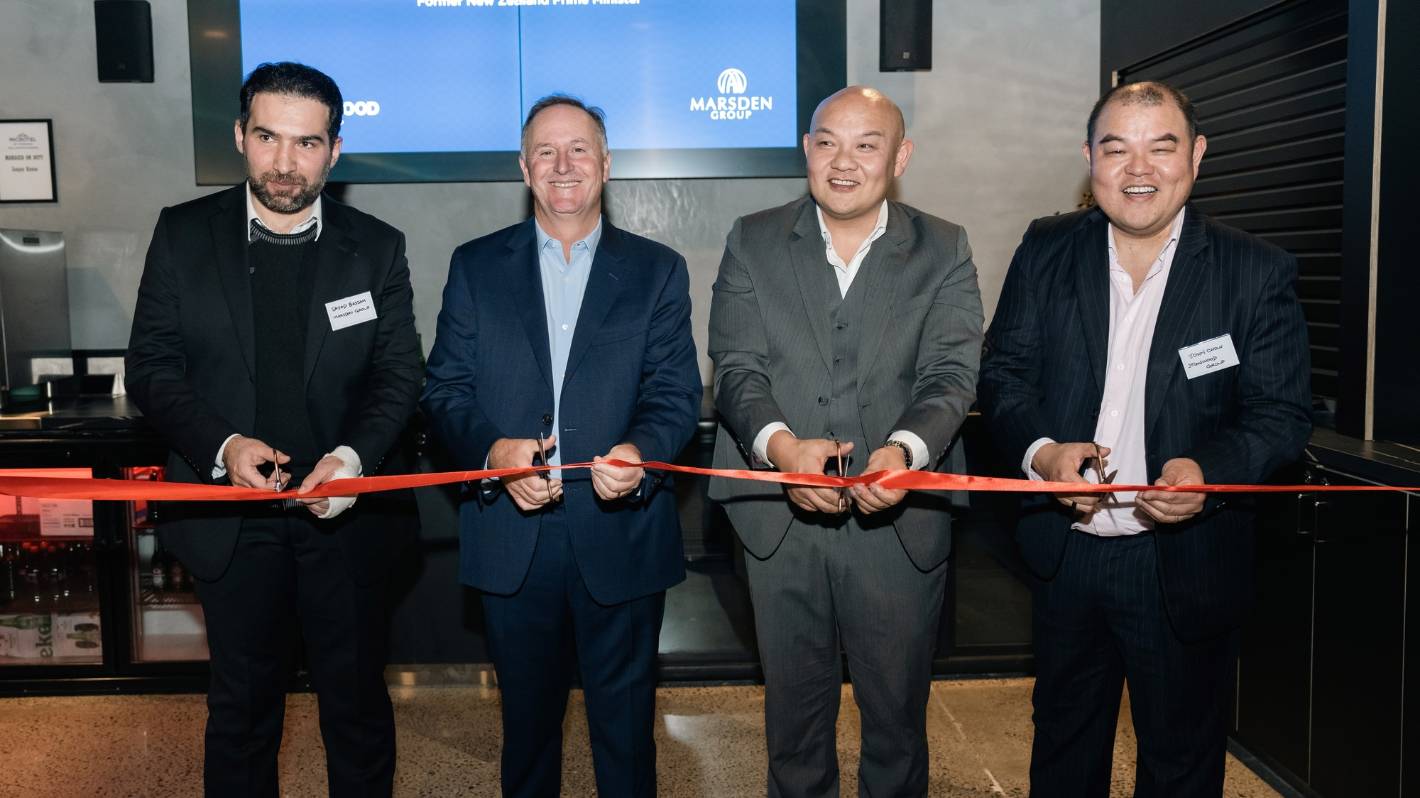 Michael and John Chow, with Sir John Key and Sajad Bassam, of the Marsden Group, at the opening of their new hotel.

The Chow brothers’ real estate company, Stonewood Group, has just opened its fifth hotel, but the group plans to expand its empire even further.

“Tourism is a key contributor to the economy, and with the gradual opening of borders, tourism is back on track. It is a lucrative sector for investors, and we plan to increase this aspect of our development by an additional 15% over the next three years.

The company was building its commercial construction arm and was just starting its next project at 280 Queen St in Auckland’s CBD, he said. This involved renovating and adding five more levels to the mixed-use office and retail building.

“Preliminary planning is also underway for two other commercial buildings in Wellington, but our next hotel development will be in Christchurch, near the famous international golf course.”

Chow and his brother, John, first tried to get into hotel development in the late 1990s when they bought their first commercial property, the former ANZ building at 73 Courtenay Place in Wellington.

That project didn’t pan out, but they eventually opened their first resort, the Just Hotel Wellington, in 2004, he said.

“It was a former AA office building, and we’ve turned it into a 60-room, four-star hotel. It was a steep learning curve for us, but we managed to hit 70% occupancy in the first year. »

Since then, their company had completed four more hotels located in Auckland, Wellington and Rotorua, but Chow said he encountered difficulties along the way.

Their fourth hotel, the Pullman Hotel Rotorua, opened in March 2020 and weeks later the country went into lockdown, he said.

“It was an extremely difficult time for our business as we had to temporarily close a brand new hotel and hibernate during the Covid period. But, with the recent opening of borders, the Pullman is now in a profitable phase. »

Real estate was now the brothers’ main focus, but they had interests in the adult entertainment industry and commercial real estate for 20 years before moving into residential real estate in 2016.

This expansion came when they purchased the assets of Stonewood Homes, one of the nation’s largest group home builders, after it went into receivership.

In November 2020, the brothers launched Stonewood Capital to offer an alternative to bank financing of the group’s developments by franchisees and licensees.