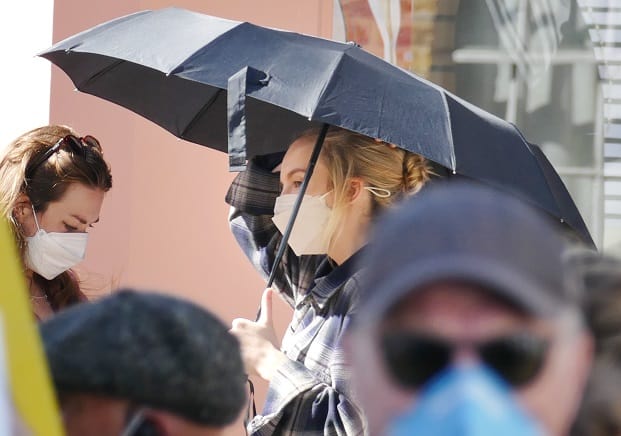 The cast and crew of the comedy / thriller / drama series Killing Eve have been busy filming in Margate Old Town today – much of the action being kept under wraps with the help of screens and umbrellas.

Filming for the award-winning show’s fourth and final series is slated to end tomorrow (September 9).

Sandra Oh, who also appeared on the screens of Grey’s Anatomy, took the time to hang out with local businesses earlier in the week and was spotted in Madame Popoff’s vintage clothing store. Store owner Deb Ellis said the actress was “adorable”.

Filming with Jodie Comer, Sandra Oh and Kim Bodnia – who plays Konstantin, the manager of Villanelle – took place this week in various locations including the Nayland Rock Hotel, Dreamland, Olby’s and the Old Town.

The cast – including Fiona Shaw as MI6 spy master Carolyn Martens – and the crew were also in Margate in July to shoot scenes for the new series at locations such as the Lido, Harbor Arm and Nayland.

The series, which allowed Jodie Comer to win His first Emmy for the lead actress, was originally developed for television by Fleabag creator Phoebe Waller-Bridge, and based on Luke Jennings’ Codename Villanelle novels.

It was screened on BBC iPlayer. Filming was halted last year due to the pandemic, and the final series is slated to air next year.

Scenes from the latest Killing Eve series filmed in Margate

Day 2 of shooting in Thanet for the thriller Killing Eve