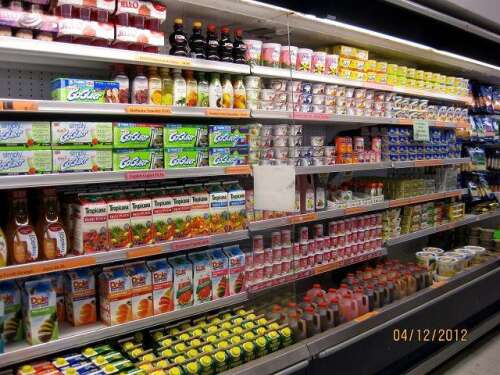 Inflation hit 3.5% in April, according to government figures released yesterday.

However, the prices of some goods and services increased by 25%, the increase in the fuel adjustment clause – 21.4% – propelling the fuel and electricity sector to increase by 9.2% in a month.

Year-over-year, staples like bread were up more than 8% and potatoes nearly 25%.

Jason Hayward, Minister for the Economy and Labor, said: “In April 2022, consumers paid 3.5% more than a year ago for the same basket of goods and services.

“This is the highest level of inflation recorded since August 2012, when the annual inflation rate was 3.1 percent.”

Year-over-year, the health and personal care sector increased 4.3%, with the average cost of health insurance premiums increasing 6%; prices for toiletries, cosmetics and perfumes increased by 3.5%; and prescription drugs increased by 2.4%.

Clothing and footwear prices rose 1.5% year-on-year, with the average cost of women’s sweaters, jewelry and men’s shirts rising 16%, 7.3% and 5.1%, respectively .

Price increases between March and April 2022 include:

• The increase in the fuel adjustment clause by 21.4%, which propelled the fuel and electricity sector to a jump of 9.2% for the month.

• The household goods, services and supplies sector rose 2% in April. On average, price increases were reported for dining room furniture, which increased by 29.8%, television service subscriptions (up 9.6%), and bedroom furniture (up 8.3%).

Supermarkets recently said food prices were set to rise by around 8% as Covid stocks ran out and charities warned people had to make tough choices about what foods to buy.

Earlier this month, Belco warned of price hikes after being allowed to increase its rates.