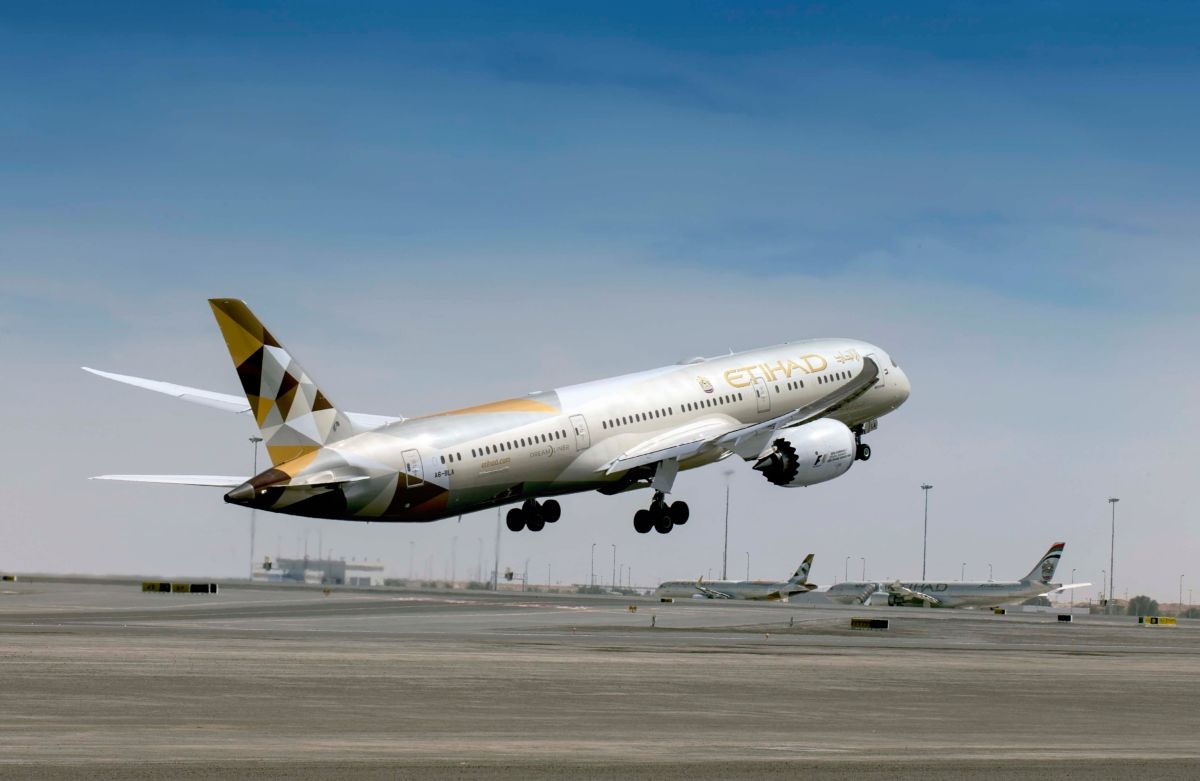 The UAE aviation sector has recently seen a major recruitment drive. Fueled by the post-pandemic recovery, airlines have embarked on a hiring spree, led by Emirates, flydubai, Air Arabia and Etihad Airways. Starting June 13, the Abu Dhabi-based carrier is organizing a recruitment campaign for cabin crew in Dubai.

Looking for a quality service

As Etihad will ramp up operations for the busy summer season and with new aircraft entering the fleet, it has sought to recruit up to 1,000 people with substantial hospitality experience to join its cabin crew division. The cabin crew recruitment campaign took place at the Dusit Thani Hotel, where interested candidates could register and submit their relevant CVs. Selected candidates will be invited back for assessments on June 14 and 15.

According to the carrier’s website, the assessment days will include a scope safety check, individual experience discussion, English language test and a group exercise to showcase teamwork, collaboration and communication skills. Essentially, Etihad said it is looking for positive, friendly and confident candidates who are passionate about customer service. Once the assessment days are over, Etihad will conduct a final interview.

To encourage more candidates to join the ranks of its cabin crew division, the airline mentioned:

“Etihad offers a competitive salary and benefits package for cabin crew that not only includes modern accommodation and travel allowances, but also the opportunity to learn and grow, to see the world and be part of a internationally recognized and award-winning team.”

Etihad is not affiliated with any cabin crew or flight attendant academies, but students from these academies are still welcome to apply. Photo: Etihad Airways

The wave of recruitment begins

When fellow rival Emirates launched its cabin crew recruitment campaign in autumn last year, the Dubai-based carrier received more than 300,000 applications. It would appear that Etihad surpassed this record as around 06:30 interested applicants had already started queuing, even though the event itself did not start until 09:00.

Candidates ranged from a plastic surgeon’s assistant to former Expo 2020 staff, with a wide variety of nationalities including Chinese, Filipino, Indian and Pakistani represented. One of them was Yasmeen Ali Ahmed, an Egyptian national and resident of Dubai since 2020, and she told The National that the procedure was short and easy,

“I am currently working as a coordinator with a plastic surgeon in the UAE. Previously, I was an account manager in a bank. The process to submit the CV was fast. They just asked for my name and email. I arrived here at 10:30 a.m. and it took me less than 20 minutes to submit the resume.”

Another interested candidate was Dylan Tanaka Mudege, a Zimbabwean national. He currently holds a visitor’s visa and has previous work experience in the hospitality industry in Zimbabwe. He said,

“There were quite a few people. I came at 7am and was shocked when I got ticket number 280. You just walk in, they ask you to sit down and then we exchange greetings. Then we have a very brief interaction of just 10-15 seconds.”

According to token figures, more than 2,000 candidates applied, several of them with extensive experience as cabin crew. Photo: Getty Images

In total, thousands of job seekers were looking to join Etihad’s cabin crew division. And while thousands are still a long way off hundreds of thousands, it’s time to stop as Etihad’s recruitment drive will take place in ten countries including Egypt, Lebanon, Spain, Italy, the Netherlands and Russia, with the exception of the UNITED ARAB EMIRATES.

With the cabin crew recruitment campaign just kicking off, Etihad might still have a chance to top Emirates’ massive applicant pool. And I hope Etihad finds suitable candidates to bolster its cabin crew division for a busy period fueled by the recovery.