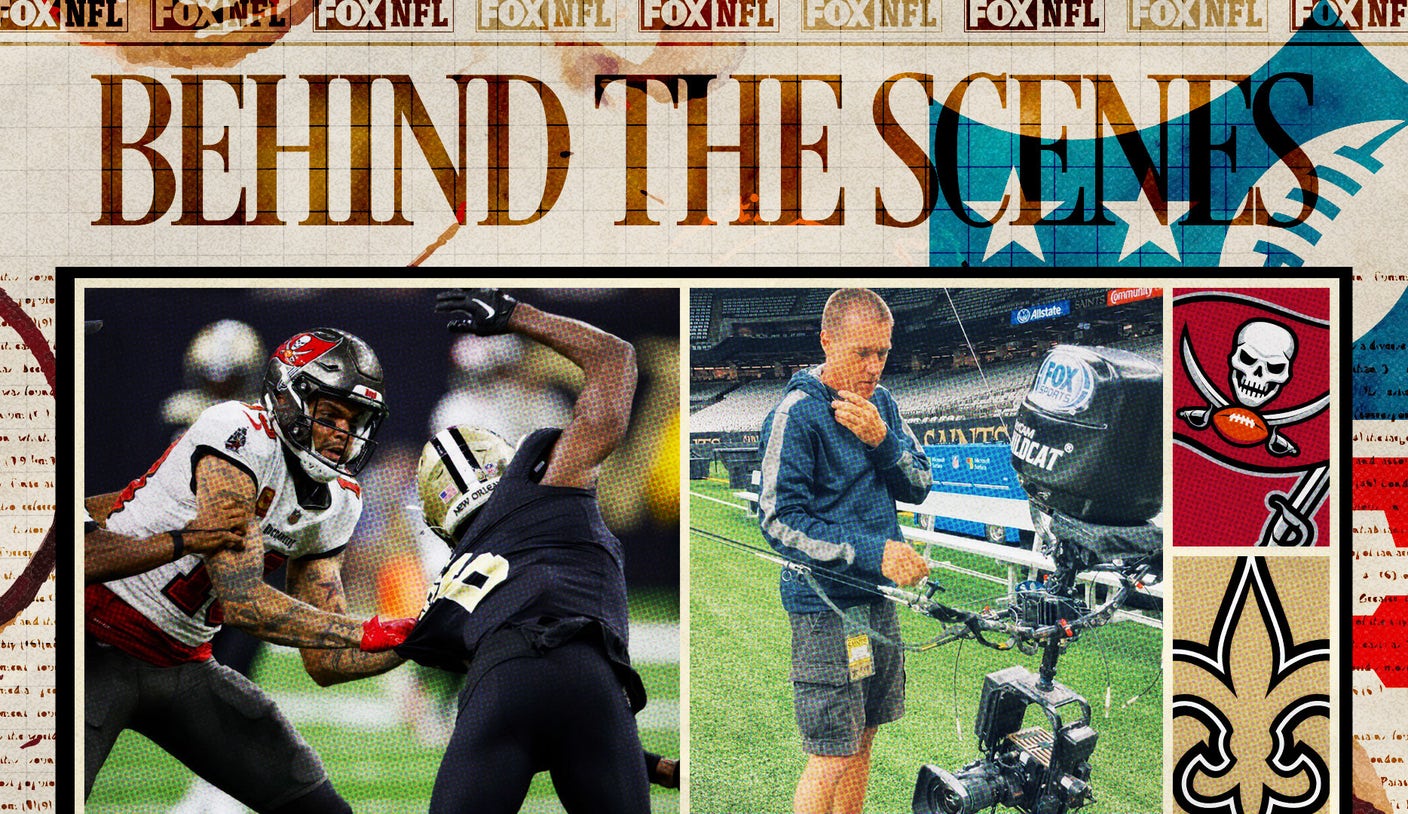 Behind the Scenes with the FOX NFL Team: Mix It Up in the Big Easy

Editor’s note: Richie Zyontz has been an NFL producer for FOX since 1994 and senior producer for the past 20 seasons. He has over 40 years of league experience and produced six Super Bowls. Throughout the 2022 NFL season, he will provide an inside look as FOX’s new No. 1 NFL team heads to Super Bowl LVII.

The senses are pushed to the brink as you sift through all your options in a split second. Make the wrong call and you risk letting the whole crew down. The responsibility is enormous. And I’m just talking about where to go for dinner.

The crew dinner is a long-standing staple of our business, as old as leather helmets and dropkicks. This is where bonds are formed and friendships are made.

I’m surprised to hear that it’s a dying art form on other networks because at FOX, it’s part of our fabric. It’s an opportunity for all parts of the production organization to mingle, laugh and eat.

The crew dinner is a staple of every road trip, bonding within the team. (Photo courtesy of Richie Zyontz)

I’ve worked with champion eaters in my 40 years on the road. My great buddy, Matt Millen, whom I spent nine years working with at CBS and FOX, knew his way around a fork — his and mine.

Millen was undemanding in cooking – quantity trumped quality. Uneaten food was unsafe and Millen attacked him the same way he stalked running backs on the goal line.

John Madden was another legendary fork man. Nothing fancy – but the Tabasco sauce was needed. Still.

In fact, John loved Tabasco sauce so much that he took a detour from New Orleans to visit Avery’s Island at Iberia Parish, Louisiana, where they make it.

Long before putting “Turducken” on the culinary map, Madden had a favorite restaurant in New Orleans that was close to the hotel and usually empty. John loved emptiness.

John Madden, right, was a man of simple tastes. The Hall of Fame broadcaster introduced the world to the “Turducken,” and this rare delicacy was whipped up for the FOX crew this week by Glenn Mistich, left.

Well it was empty for a reason – the food was terrible. But he was happy, and a happy John Madden could make bad food good for all of us.

These New Orleans trivia are on point because in Week 2 we ventured into the Big Easy for the Battle of the Saints with the Buccaneers and Tom Brady.

The 45-year-old legend has signed a deal to host matches with FOX once he retires. When that will be, I don’t know. What I do know is that in the not too distant future, Brady will be part of our crew dinners.

I don’t know Tom, although I produced several of his games, including three Super Bowls. People often ask me, “Have you met him?” Did you mention broadcasting? The answers are “no” and “no”.

Brady currently has a job, and I’m sure he’s focused on his Super Bowl comeback. Meanwhile, I’m busy producing games and making sure people are well fed.

Several modern innovations have changed the way football is televised.

The constant on-screen score and clock, and the superimposed first yellow line are two of the most important.

But let me name a third: it’s called SkyCam. It’s a robot-controlled camera suspended on cables that floats behind the attack but is free to move forward once the ball is broken.

SkyCam engineer Tim Wagner sets in to capture all the action at the Superdome. (Photo courtesy of Richie Zyontz)

The SkyCam provides a view of the game that the quarterback sees, looking straight into the teeth of the defense. This is often the angle analysts want to work with on reruns. According to league rules, the SkyCam cannot be lower than 12 feet from the ground.

The SkyCam first appeared in football in the 1980s, and it became a staple in our team 20 years ago.

Our Skycam team is made up of three people: cameraman Vinnie Scaffidi, pilot Alex Milton and lead engineer, Tim Wagner.

The SkyCam team has its own communication channel throughout the broadcast. (Photo courtesy of Richie Zyontz)

This crew has their own back channel communication system during gameplay, while listening to Rich Russo’s direction.

As well as actual match coverage, the SkyCam is used by directors for “heroic” shots, sideline reactions and big sweeps of the stadium.

It makes every game bigger.

The SkyCam team of Alex Milton, left, Tim Wagner and Vinnie Scaffidi regularly capture some of the best footage in the game. (Photo courtesy of Richie Zyontz)

A week ago, we covered a frustrated Aaron Rodgers.

On Sunday, Tom Brady’s nasty side were in the spotlight in the Bucs’ hard-fought 20-10 win. Our film crew followed his every angry footstep, culminating with a tip-off from both the headset and the tablet.

Spirits are racing in New Orleans

Tampa Bay’s Mike Evans and New Orleans’ Marshon Lattimore were both ejected from the game after that fourth quarter skirmish.

We try to be mindful not to overdo any given scenario, but Brady left us with little choice. In a game that lacked offense, these images can provide a spread with its signature moments.

And then all hell broke loose at the start of the fourth quarter, when a major skirmish broke out. At this point, every camera was focused on the scrum.

When there is a crash, once things have calmed down, each replay operator reports a different aspect of what happened. Your goal is to show how it started, who was involved, and what happened.

Cameraman Brent Putnam captured Tampa Bay wide receiver Mike Evans flying off to tackle fierce rival Marshon Lattimore of the Saints. Each member of our replay room came up with a slightly different picture of the fight. It’s teamwork.

These moments don’t often fall on us, but when they do, it’s crucial to do them visual justice.

Russo orders his upper cameras not to be too tight, so he doesn’t miss any more altercations that might break out. Meanwhile, the cameras at pitch level will remain tight for angles shown as replays.

After Sunday’s smash, associate director Jordan Wolff presented highlights from Evans and Lattimore going all the way back to 2017 and again last season.

Our whole team knew the storylines, and the bad blood between these two players was at the top of the list. Play-by-play announcer Kevin Burkhardt sent the team a story earlier in the week that noted the story of their feud, setting up our camera crew to watch that angle. Again, teamwork was crucial.

(Evans was suspended one game on Monday for his actions.)

In the first two weeks of the season, we saw two legendary quarterbacks fail to perform up to their expectations. Amid their struggles, Brady and Rodgers provided the fire and emotion any show needs.

Next week, we’ll see these two legends go head-to-head in Tampa (4:25 p.m. ET on FOX and the FOX Sports app) in one of the showpiece matchups of this season.

And just to come full circle, any visit to Tampa demands a trip to Ybor City for delicious Cuban cuisine.

Get more from the National Football League Follow your favorites for game insights, news and more.